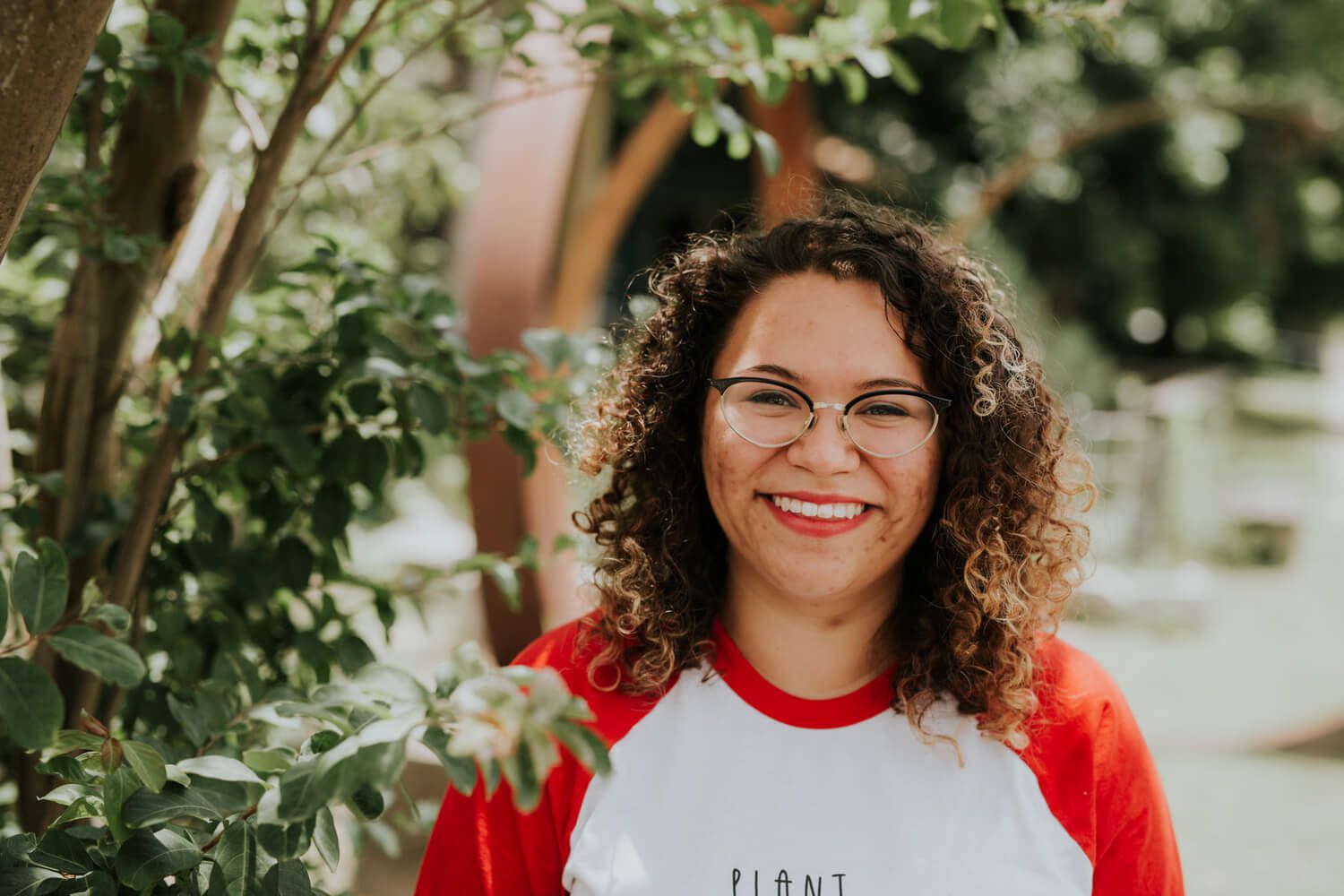 As a kid, Larissa Stephens was into two things: art class and comic books.

The first passion would influence her career path, the latter her style of art, denoted by animated creatures and characters, including an illustrated version of herself.

In addition to being a freelance muralist, Larissa is a Creative Action teaching artist, where she works with Ridgetop after school students, Becker and Bryker Woods Upper Elementary Academy students, and the Color Squad teen program. All the while she has continued to produce her own work — original murals at the HOPE Outdoor Gallery, zines, autobiographical diary comics, and commissioned murals around town, including on the Mexic-Arte Museum (below). 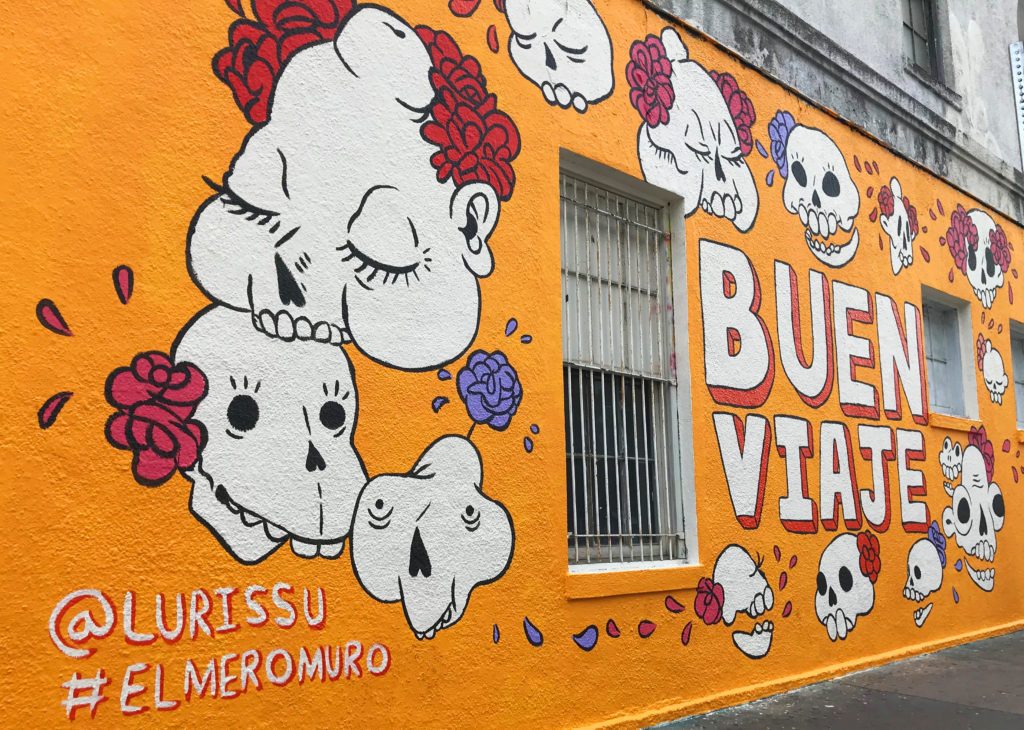 Larissa is also a member of Hive Arts Collective, where she helps facilitate art workshops, and where she helped organize the inaugural Transform Festival, Austin’s only festival dedicated to films exclusively created by cis and trans women.

Many of her works take the form of autobiographical diary comics that detail her day to day life, while exploring themes like anxiety and mental health.

As a teen, she thought that adults didn’t struggle with the same things she did.

“I thought that adults don’t have anxiety, they don’t have any problems, and they understand everything,” she says.

Now, as an adult working with teens, she has the benefit of hindsight. She remembers what it felt like to be a teen with anxiety and she can use that insight to relate to the youth she works with. 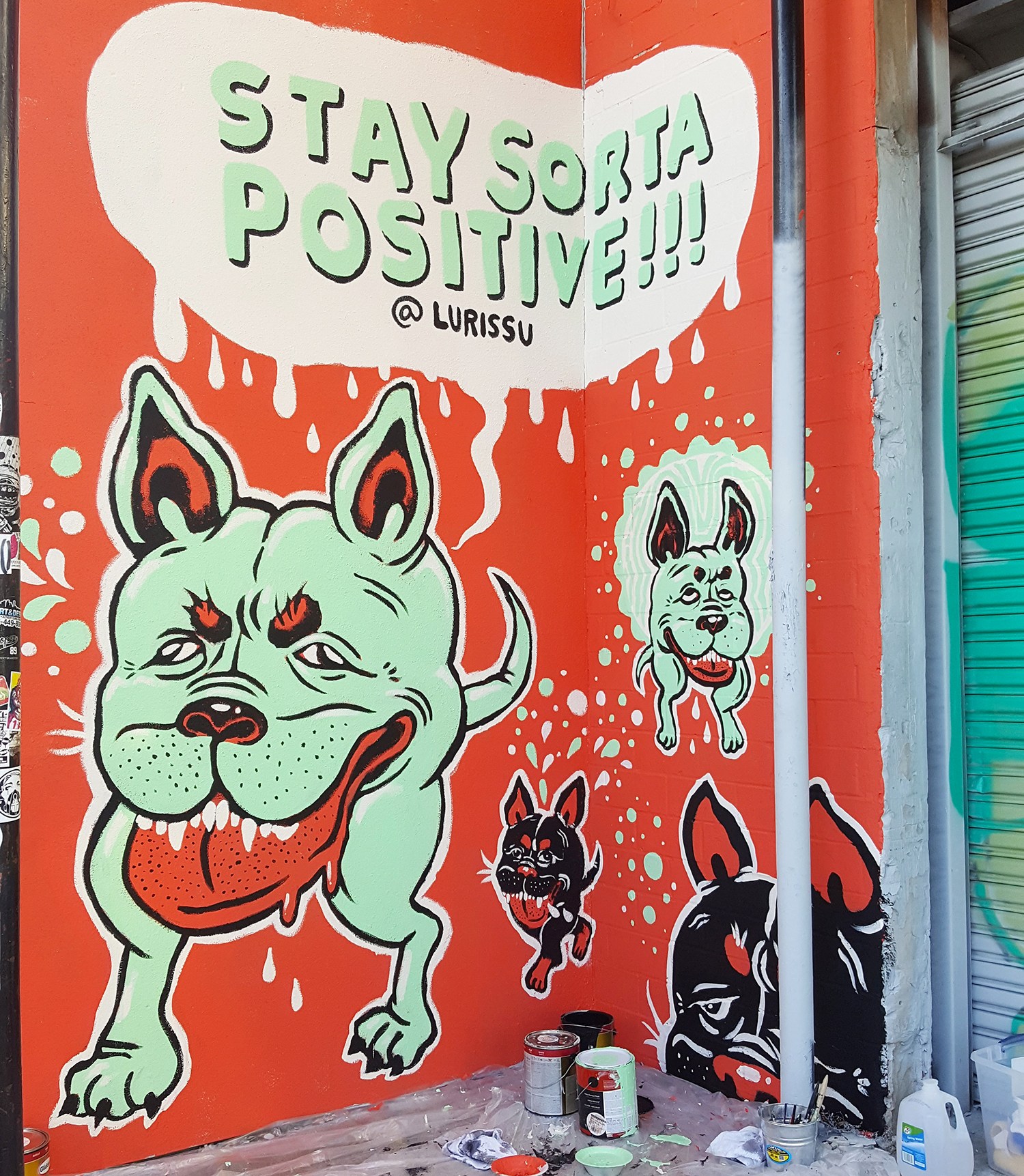 “Just being vulnerable with them, with boundaries, helps,” says Larissa. “You know, ‘I have experience with anxiety too, and I understand this is causing you stress and we can talk about it.’ Just putting yourself on their level.”

Larissa also demonstrates for her students the way art can — and has — help express those feelings. After doing a presentation of one her comics about having bad anxiety, one of the teens in the Color Squad program who also suffers from anxiety was able to relate.

“I understand, this is me,” they said.

Currently, Larissa is working on a mural collaboration between Creative Action students and Easton Park, a planned unit development in southeast Austin. Using student plant presses as inspiration, Larissa has designed, and will implement, a mural that will cover a trolley-shaped play structure near Easton Park’s latest Brookfield development in Del Valle. The finished product will be unveiled in early April.

Keep up with Larissa’s work by following her Instagram at instagram.com/lurissu.

Last school year, Creative Action launched a company-wide theme for all of our campuses to…

2012: A Magical Year for World Tales and Tunes

2012 was an amazing year for us! Theatre Action Project became Creative Action and has…

A Day in the Life of Changing Lives Youth Theatre Ensemble

Each year, the teens of Changing Lives Youth Theatre Ensemble write, produce, and perform an…