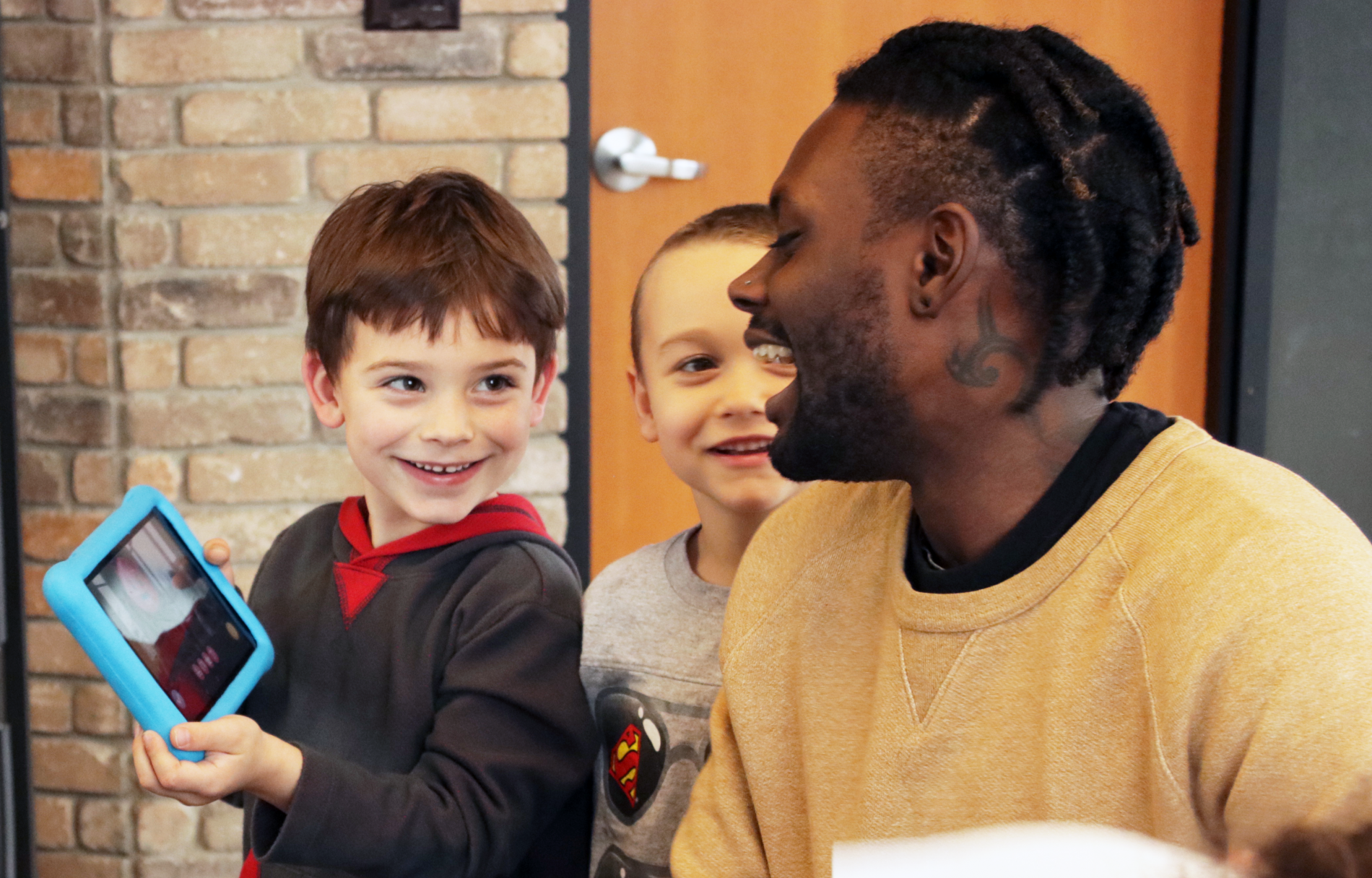 Cecil Lockwood, also known as Mr. Cee, grew up creating art. It started with pencil drawings of his favorite musicians — Biggie and Aaliyah — and cars, but by high school, he was producing beats and creating websites as his extracurricular, after school activity. The beats are something he continues to do as a musician and as a professional Teaching Artist here at Creative Action, where he helps students learn, grow, and create through music and songwriting.

His dad and his dad’s dad were both creative, arts-minded men, but what really gave Cecil the confidence to pursue arts as a career was just talking with other folks in the field, like David Byrne, who have been through the same sort of doubt that he experienced.

“They’re real people who dealt with depression and anxiety and not believing in themselves at certain points,” he says. Succeeding is “all a little bit of self belief and just using a little bit of inflated confidence.” 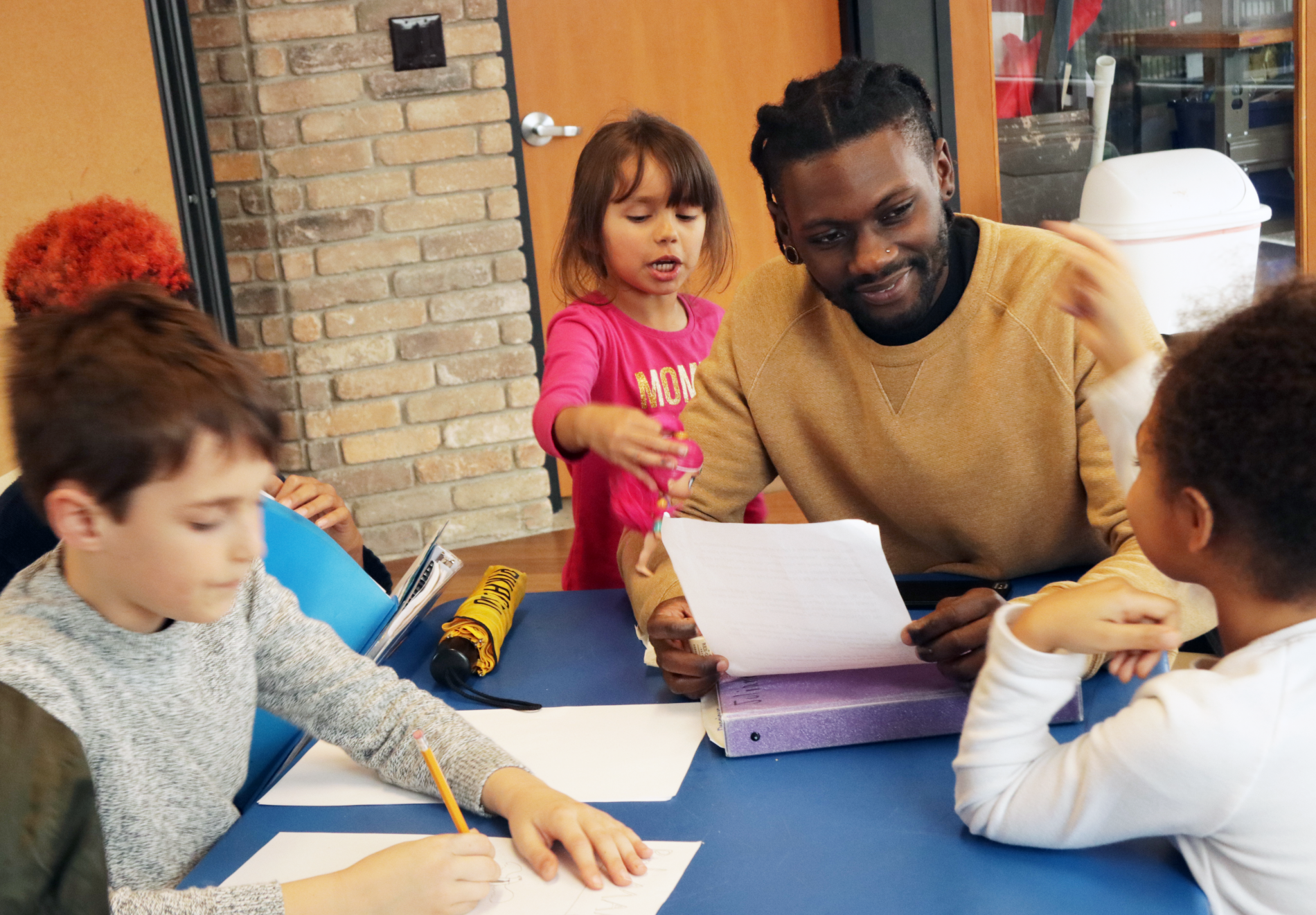 Inflated confidence for the purpose of just getting the work done, he says. Cecil was a self-taught DJ before heading for audio and engineering school in New York from his native New Jersey. He used that same bootstrap-resourcefulness to create a rigorous creative process for himself, devouring self-help books and establishing positive habits to implement in his artistic life.

For one exercise, he recorded one new beat a day to develop consistency and to help him get into the habit of finishing things despite a fear of failure about the outcome.

“Honestly that’s one of the things that held me back for so long. Like, ok this doesn’t sound like what’s on the radio,” he says. “But that doesn’t mean it’s horrible; it doesn’t mean that someone else might not like it. It’s releasing that [need for] perfection.”

At the end of the 30-day process, he had completed an EP.

Like the musicians who helped him push past fear of creative failure when he was starting out, Cecil models this persistence to the students he teaches after school and through our Spark School initiative at Campbell Elementary. In the classroom, he uses his skill set to help students pair vocabulary words and multiplication tables with catchy and memorable beats of their own creation. 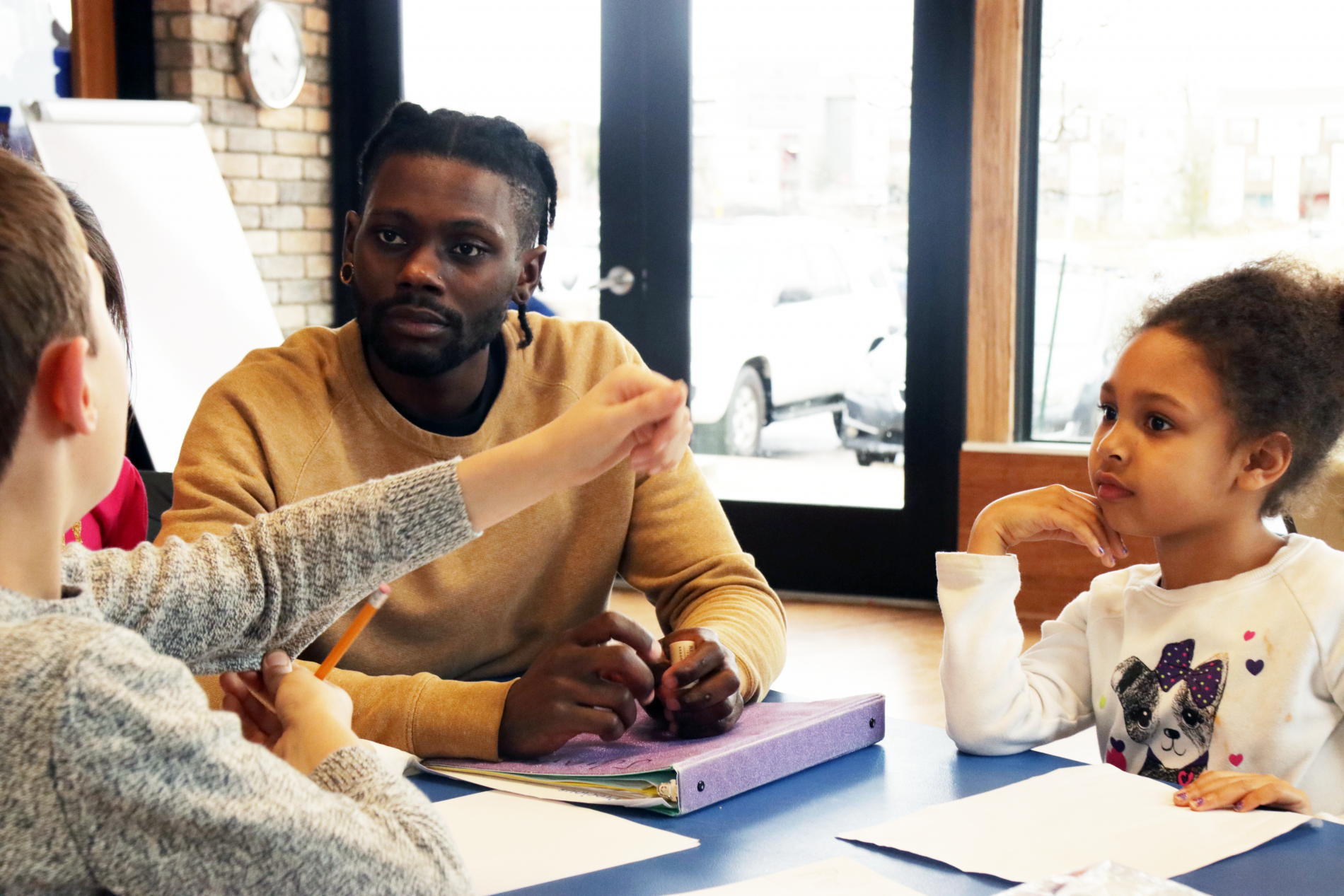 “If I was a student, what would be the most awesome class to me?,” he says of the kind of educator he wants to be. “I would like a teacher with energy who’s trying to do the things I need to learn, but in a different, engaging way. I just try to be fun.”

Outside of the classroom, Cecil continues to create through his new project Facade HQ, a digital collage series which merges beats with visuals to “paint the picture of what my beat is trying to say.”

The catchphrase for this new brand is “build the future,” something he’s already working on here at Creative Action.

Here is a message from Freddy Carnes, one of TAP's Artistic Associates, who is very…

Do you live near LL Campbell Elementary or the Alamo Rec Center? If so, you…

Even though this past spring brought such successful projects like The Last Day of School,…