Creative Action’s camps offer kids out of school enrichment through numerous forms of art! They can explore their creativity, meet new friends and have so much f 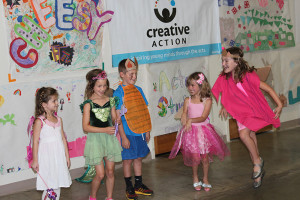 un they have no idea that it’s benefiting their social and emotional development. Use your imagination to travel to far off lands, create a new comic book character, make an incredible action packed film, draw a new species from an alien planet, or learn how to help make the world a better place – all in one summer! There are some exciting new additions to Creative Action’s Camps this year.

Here’s what parents have to say about Creative Action Summer Camps.

“This was the most fun my daughter has ever had at camp! The counselors are so great and enthusiastic and everyone just looked like they were having a blast all week – and especially at t 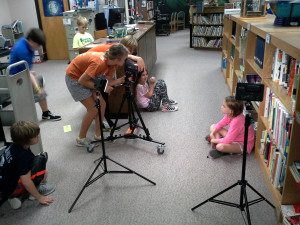 he end of the week performance! We will be doing more Creative Action!” – Andrea, 2014 Camp Parent

“My son enjoys every aspect of CA camps – the group work, the counselors, and the play/art performance at the end. The staff is very engaged with the campers, making the experience more meaningful.” – Greg, 2014 Camp Parent

“We were concerned that she wouldn’t have a good experience because she didn’t know any of the kids there, but after the first day, she said she loved it and by the end of the camp, she had exchanged phone numbers and email addresses with all of the girls. She is excited about film making and wants to do it again next year. Yay!”  – Cynthia, 2014 Camp Parent

Time to Break Camp and Set Up the Center!

We built robots, looted a priceless diamond, communed with percussive spirits, and lassoed the cosmos.…

Volunteer with Creative Action After School

Are you interested in: Making a difference in the lives of young people Being Creative Connecting…

If your kiddo is between the ages of 5 and 12 then you need to check out the classes being offered over the break by some really amazing Creative Action teaching artists.
Back To Top
X