With 7 years of industry experience, Marcelo Teson established a professional career in sound for movies and television. Having worked as Dialogue Editor on popular shows including Scrubs, Psych and Law & Order, Marcelo took on a new mission when he joined Theatre Action Project (TAP), now Creative Action, in Austin, TX.

In 2009, TAP started an after school film club at Del Valle Middle School (DVMS). One year later, Marcelo started his first year there as a teaching artist, but his role as teacher was nothing new to him. From 2002-2007 Marcelo spent his summers in Arizona teaching film to 14 year old students at the Olympic Film Institute, later renamed the Traveling Film Institute, as he attended the University of Southern California.

When I came in (to the DVMS After School Film Club) I worked hard to improve the professional quality of their films while combing social change with the proper tools and allowing the students to improve their technical skills, acting, and overall message.

Each year the students’ films raise the bar higher than before, as they proved with this year’s Cardinal 1 and The Last Day of School (LDOS). But improving film quality doesn’t just happen out of nowhere. To improve is to work harder, to learn more, and to exceed expectations.

The number one thing I’ve taught them is that everything takes work, and the results are amazing. They earn what they get and are proud of it.

That positive attitude and determination to succeed is very visible when talking to these students, who absorbed Marcelo’s work ethic, allowing them to be more professional. Two students reflected on this by saying:

Marcelo encourages us to think big and then I just think of the outcome and I think it’s worth it to work hard, Rebecca Gomez said. A’nicia Smith learned: If you set your mind to what you want to do, you can do it if you know how to do it.

The Last Day of School, Del Valle Middle School Film Club’s last film made this past spring, is a testament to the students’ successes and progress made over the last couple of years. It pushed the students to go beyond such high expectations that they even inspired Marcelo to work harder. 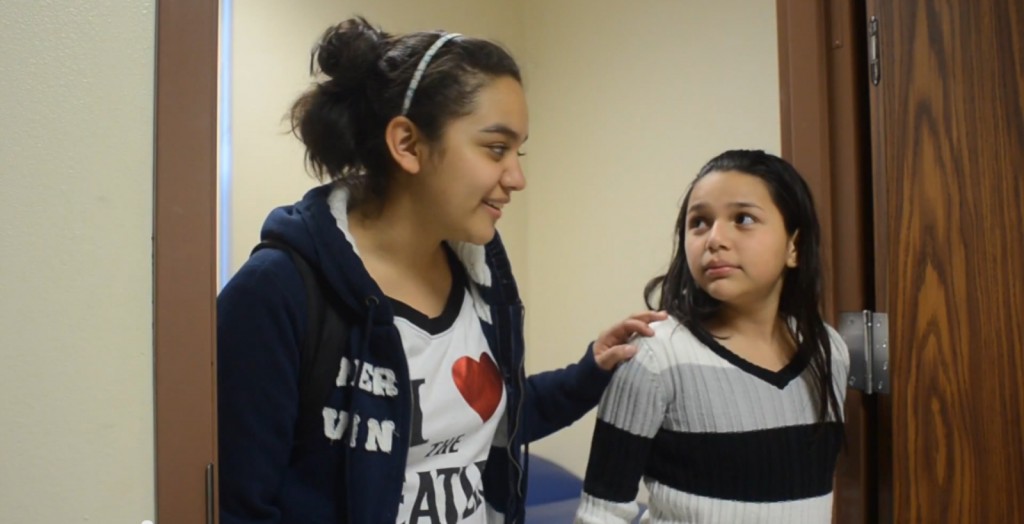 These students constantly met and exceeded expectations. And these were some high expectations. As actors and craftspeople they were expected to do things pros in Hollywood sometimes can’t do… by doing that they inspired me to step up my game – I really had to hit the books and get better at the techniques I brought to the table in order to match what they were putting into the film, Marcelo said.

With this film, they hit all their marks spot-on. When it was presented at Theatre Action Project’s Youth Arts Festival on May 12th, it really had the audience on the edge of their seats.

Regarding The Last Day of School Marcelo said, There are two things that I was most excited about looking back on the production. The first is that we managed to make a complete film that told a really strong story and did it in a really stylish and innovative way. We “played the audience like a piano,” as Hitchcock liked to say. Every shot was timed on purpose, every beat was planned out, and the final product is pretty much what we envisioned, which is hard to do in movies, especially films that are this collaborative.

A great article on EDUTOPIA. Check it out!http://www.edutopia.org/math-science-emotional-impact

Here is a message from Freddy Carnes, one of TAP's Artistic Associates, who is very…