Each year, Color Squad, the young civic-minded visual artists of our teen programs, tackle a social issue — researching it and turning it over and over again to understand how they can best represent each angle visually.

When the squad started brainstorming for the 2017 – 2018 school year in the spring of last year, Senate Bill 4, the measure banning “sanctuary cities,” had just been passed in the Texas legislature. Inspired by that law, and by the Trump administration ban of people from seven Muslim-majority countries, the teens turned their focus on refugee and immigrant advocacy, as well as community and inclusion. 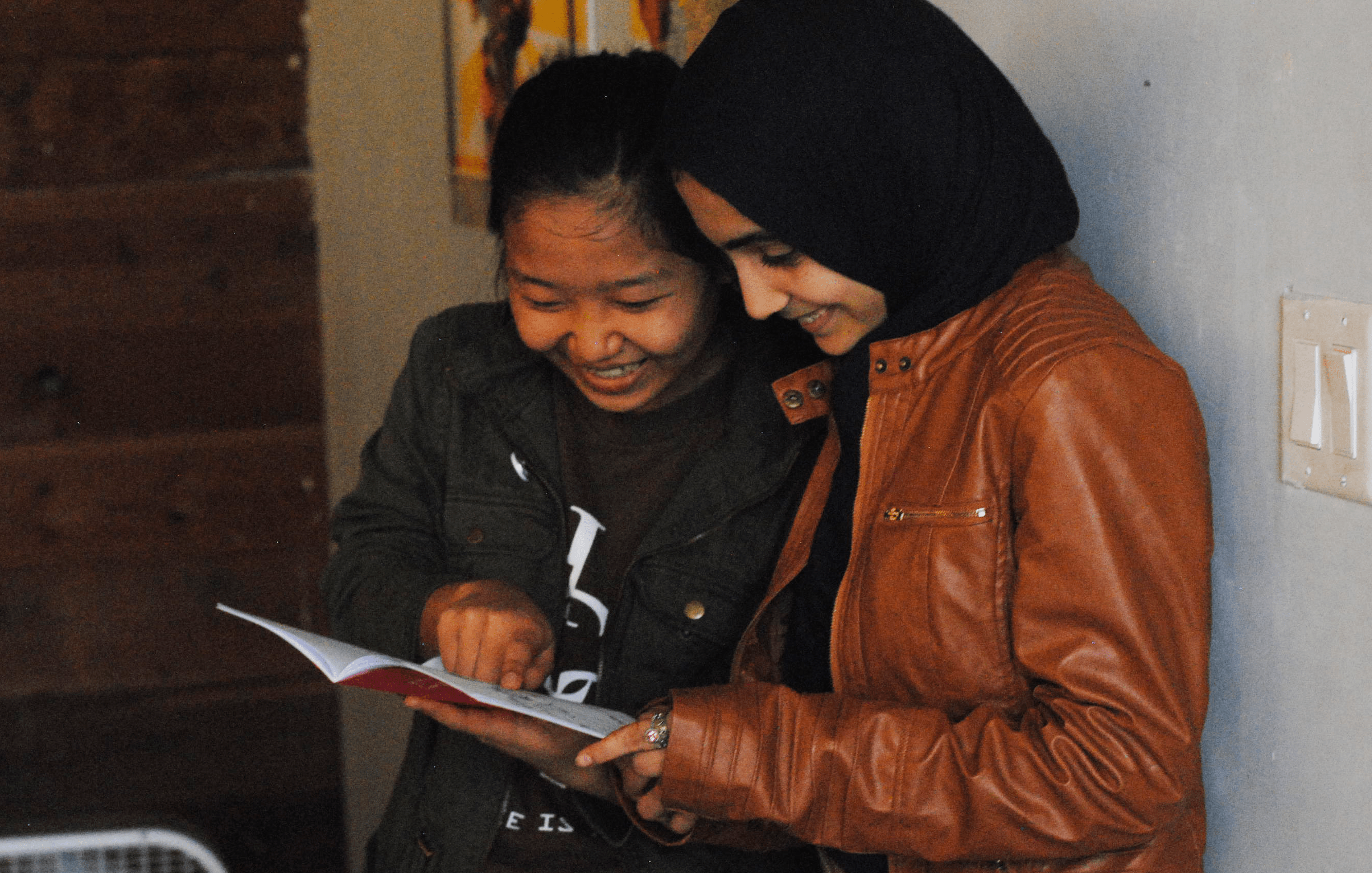 The Process + The Zine

Choosing the year’s theme is just one part of the lengthy research and creative process that culminates with the installation of a public mural in the spring. It begins with community-building in the early fall and includes interviewing peers and meeting with community leaders and advocates.

Color Squad also partners up with a local organization each year to “help get their creative juices flowing,” as Arielle Levin, Program Manager at GirlForward, puts it.

GirlForward, this year’s organization, works to create opportunity and community for teen girls who have been displaced by conflict and persecution. Color Squad’s partnership with the group began with a mixer last year, where youth from their organization had a chance to interact with other teens in their community. Youth also had the opportunity to learn about some of the girls’ home country

“It’s really cool for both groups to get to see, ‘Oh cool, there’s these rad teenagers who are in other high schools around Austin and this is what they do two nights a week, they do art.’ or vice versa. They may not otherwise get a chance to interface with each other,” says Levin.

GirlForward members have since helped Color Squad brainstorm interview questions to inform their research and have contributed art to Color Squad’s latest home-themed zine, another part of the artists’ exploratory process. This Is Home: Portraits of Austin is an artistic take on what “home” means to each of the artists and includes illustrations of people, places, pets, and things. 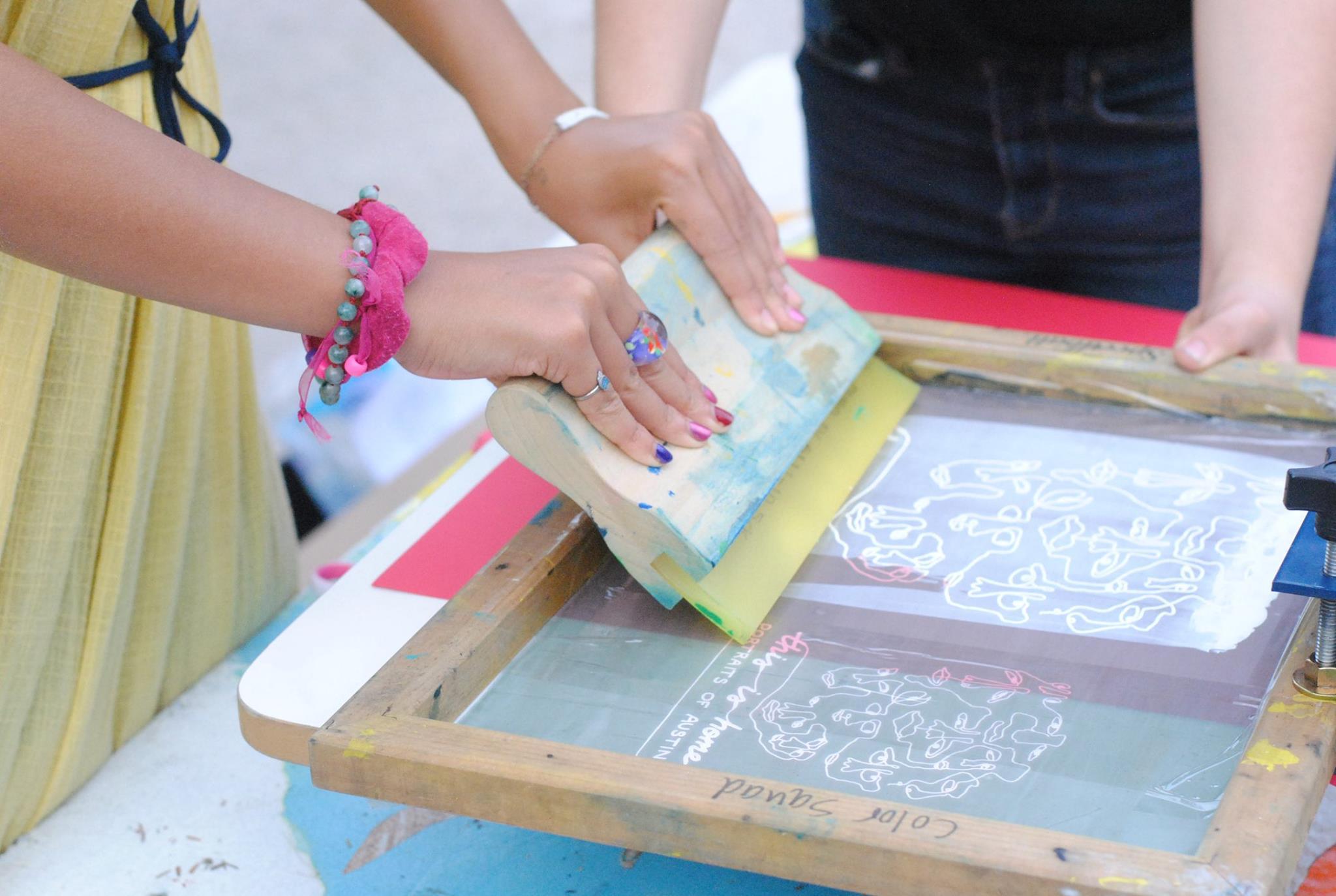 This year’s theme also called for a second, zine-style pamphlet that educates readers on interacting with ICE and is a beautifully designed testament to art’s function as a tool of resistance.

Know Your Rights will be distributed to immigrants in Texas and was created in collaboration with American Gateways, an immigration legal services organization that dropped in on Color Squad to discuss scenarios when dealing with ICE. To really drive home an understanding of those scenarios, representatives from American Gateways, orchestrated a “choose-your-own-adventure” exercise in which students chose how to interact with fictitious ICE officers before learning the consequence of their actions.

Color Squad had been interested in creating such a resource from the start and was lucky enough to connect with Elizabeth Gerberich, Outreach Coordinator at American Gateways, who just so happened to be in search of a visual pamphlet.

“It’s really important to have accessible design and by that I mean design where, if it’s really hard for you to read large boxes of text, if you have limited literacy skills, that there’s something there to help you understand really important information. Illustration can help with that.”

A lot of American Gateways’ clients haven’t had an extensive education in their country the organization sees illustration as a useful way to “explain visually what to do” when ICE comes around. For those that are literate, the pamphlet is available in English and Spanish. 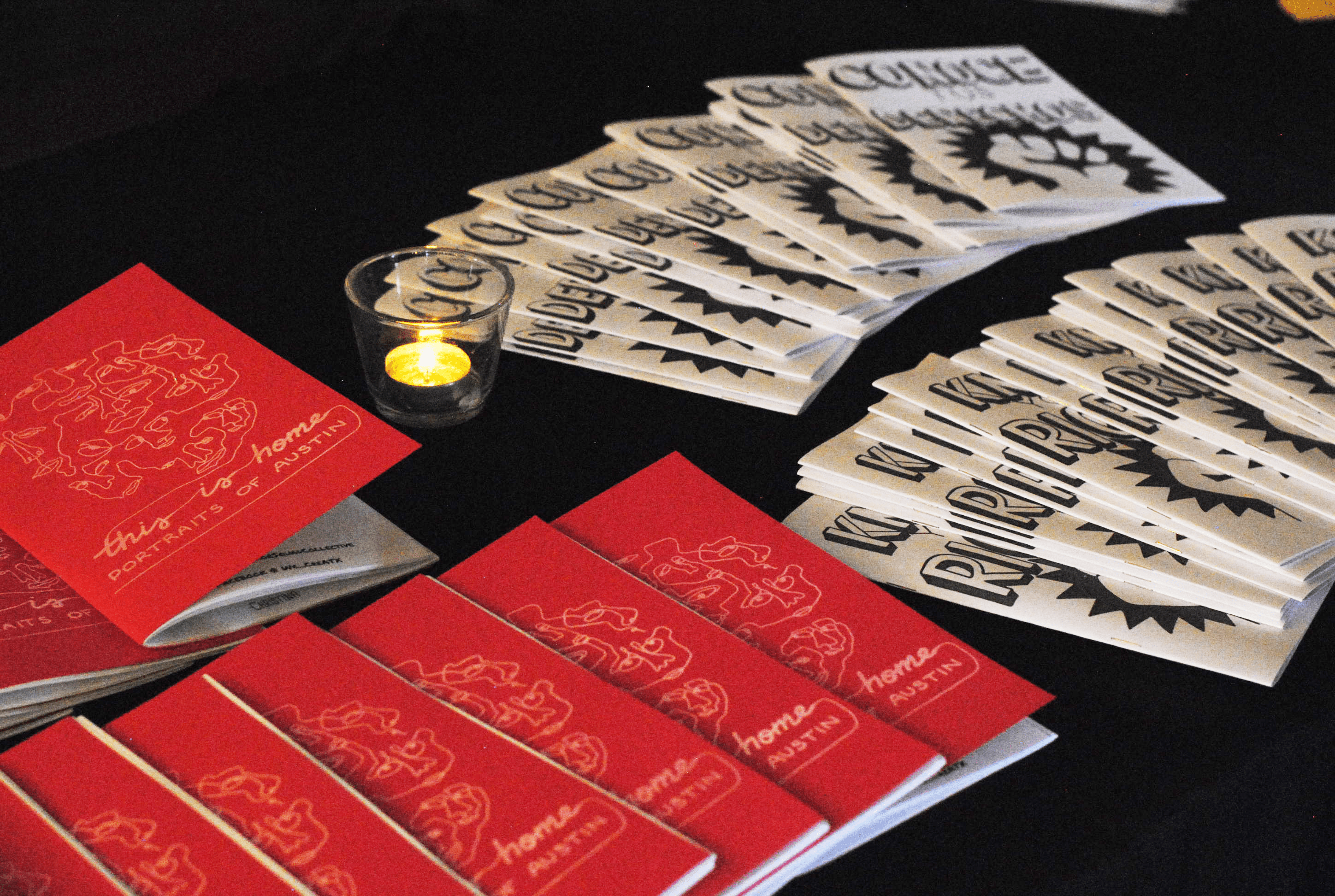 The support that the art represents is also an important product of the work, according to Elizabeth

Though she doesn’t speak for the immigrant community as a whole, “it’s always really powerful to see images of yourself represented on a big platform and images, message of support and of hope and of resilience.”

And the fact that teens are executing those images is also powerful.

“A lot of our clients are youth. . . we help folks with their DACA and we help families with undocumented children so I think it’s very powerful to see their peers supporting them through a really rough time and really rough experiences,” says Elizabeth.

“It’s also powerful to see directly affected youth taking back that control of their narrative and their stories,” as the GirlForward collaborators have.

Where to Find The Zines

Both zines are now available to browse at the Austin Central Library, University of Texas’ Multicultural Engagement Center, the Fine Arts Library, and the Ana Sisnett Library at the university’s Gender and Sexuality Center. You can also view the Know Your Rights pamphlet here or purchase This is Home: Portraits of Austin at most Creative Action events.

Rachael Osgood is a teen in our Color Squad Collective, where she helps design and…

How to Stop Bullying in Schools & Communities: 5 Ways Creative Action is Tackling the Problem

October is National Bullying Prevention Month, a month dedicated to bringing awareness to the current…

If you've never attended a Changing Lives performance, you're missing a depth or insight to…